A study of how we took a fast-growing boutique creative agency from designing packaging for Apple to creating several hundred-thousand-pound SaaS platforms for the biggest broadcasters in the world. The technology we developed was sold to YouTube.

Rob Tucker was the Creative Director of Three Feet High Worldwide and One Six Productions, a boutique design and video post-production company that served some of the biggest brands in the UK. Such as Apple, The BBC, Sky Sports, Redbull Media, Lotus and many others.

Through years of dedication alongside our team, Rob founded Quixel and then Quixel Connect. He has since progressed to work for Warner Brothers Entertainment Group, HBO and has recently founded Meta Data Systems.

At the time, Rob approached us because he kept getting requests for websites. Although he had a top-notch graphic design team, he didn’t have any web development capabilities in-house. He could never have imagined that we were about to embark on a journey to patent a world-first professional HTML5 Video Player which could stream 4K video over public IP.

At that time, we were operating as ‘BrandUp’ which has now been rebranded as ‘Creative Stack’.

Portfolio Site As A Tester

Considering the kind of clients Rob was dealing with and wanted to attract, his website and portfolio needed to be positioned to represent the quality and credentials of his small but fast-growing agency.

” The exacting standards of these clients demanded that every aspect of our brand presence and marketing was exceptional and consistent. When it came to creating our company website, it was imperative that we delivered an innovative and exemplary experience that reflected and enhanced our creativity and stability.”

Not only did we meet his design with pixel perfection, but we added our own flair of interactivity and responsiveness. We really took Rob’s portfolio site to the next level.

The result was a website that was not just a portfolio, but something that became a talking point with our existing and soon-to-be clients. To ‘Wow’ companies like Apple and Red Bull with a website that had very real-time and budget restrictions was a wondrous achievement that marked the beginning of an outstanding relationship between Creative Stack (previously BrandUP) and my companies.

Rob was impressed with how we could handle his PSD to HTML/CSS and Backend needs, but he wanted to know if we handle a pipeline of projects. So, he started passing us more and more small websites and each time we went above and beyond.

The Pipeline Of Projects.

Rob was happy with our development skills and communication with his team, plus he now had an entirely new profit centre with web design added to his portfolio of services. This allowed him to position a more rounded set of services to his blue-chip clients. In turn, his clients started passing him even more of his main bread and butter design and video production work.

Although this was great for everyone, Rob soon discovered that his team couldn’t keep up with all the requests. Not only that, but the level of technical complexity started to increase as clients started requesting more innovative features for their websites. Which then became requests for applications and systems to help ease their workflows!

The problem was that Rob was understaffed, and not only lacked the technical expertise to respond to clients’ technical requests but also the knowledge to upsell tech. In short, he wasn’t capable of properly address his clients’ evolving technical needs or issues to really take advantage of the broad amount of technical work on offer.

Having established a working relationship with Rob, he took the leap of faith and started passing us clients to communicate with on his behalf.

“Practically, in the early stages, the ease and efficiency of communication made things incredibly simple. From the CEO through to project managers, creatives and developers, everyone spoke and wrote perfect English.”

“I’d had some especially bad experiences with low cost, offshore development in the past, so this was truly a breath of fresh air. From the very first conversation, it was apparent that BrandUp Creative Stack genuinely understood our requirements and offered inventive, original and visionary creative treatments alongside cutting edge technology solutions.”
— Rob, Three Feet High.

This was our chance to prove our value to Rob and his team – they gave us direct contact with one of their esteemed clients.

The Real Value On Offer.

With no brief in hand, we spoke to the client over skype and conducted our client interview. Our native English speaking account managers obtained all the specifications and made recommendations according to the clients’ needs to create a brief.

This brief was then scoped and a budget was created. We passed this to Rob for approval, but also to add his margin on top. As far as the client was concerned we were part of Rob’s team – our white-label solutions were Three Feet High’s hard work.

We presented the budget to the end client, it got approved straight away and we went on to deliver another great website.

Throughout the project we communicated each key stage with Rob: together we approved the design, the interactivity brief, the branding and marketing strategy and delivered the tested site for final approval.

With Rob fully satisfied and feeling in control throughout the process, he felt relieved – he had spent less than a total of 2 hours reviewing our work in the end – as our tried and tested quality assurance process ensured that every pixel, copy and design was accounted for. His client was also delighted!

In 2011, alongside my ongoing commitments to Three Feet High, I was the founder of a new technology company whose ambition was to dramatically transform the process of delivering professional broadcast content from production company to broadcaster.

The requirements for this project seemed admittedly preposterous:

“Files in excess of 150GB, security strong enough for Hollywood studios to pre-screen unreleased £100M budget films, availability on every internet-connected computer, smartphone and tablet worldwide, with encoding & transfer requirements that did not exist at that time.”
— Rob, Three Feet High.

Rob was struggling to get ahead with his clients, and he knew he wanted to accomplish work in a shorter timeframe. The problem was that he couldn’t rely on his in-house team to get it done.

He had tried taking it an outsourced team in London, but they were charging way too much.

To top that off, his new platform required multiple, skilled and experienced professionals.. who were too expensive to hire as an in-house team.

We started with a small support gig at a live event. The inevitable happened; a small bug in the platform right in the middle of a high-stakes gig had stopped the platform from working properly….at the most crucial moment!

There was panic all around. Rob called on the support of his current team… but they didn’t have the technical expertise to handle it. Frantically, he called another outsourced unit from London – firstly, they didn’t respond fast enough, and secondly, when he finally got hold of them they stated his request was outside their work hours!

Needless to say, he came to us next…

We immediately called our support team back in Romania who answered at 10 pm. Without much technical help other than access to the FTP, our veteran, battle-tested Senior Architect George managed to create a work-around.

The whole event was saved. We averted what would have been a multi-million-pound disaster. The client, Laureus Sport for Good Foundation, was so happy that they provided Three Feet High with a budget for their next event on the spot, and but they also gave referrals to a number of their other clients.

Being backed by a team that could respond at the highest level gave The Laureus Sport for Good Foundation a lot of confidence. So much so that they asked us to put together a budget to take their prototype to the next level. The scope was to build a SaaS platform that automated most of their processes and put more control in the end client’s hands.

In all honesty, at the time, the stakeholders believed we would have to go to a larger, established UK development agency to meet our objectives. It seemed like an exponential leap for us to expect BrandUp Creative Stack to handle the entire project. Given their excellent track record, I wanted to give them the courtesy of pitching for the project… but I didn’t expect it to go much further…

The client saw immediate savings, as the platform we designed would cost 1/4 of the price versus UK development.

Aside from advising and consulting on the most important set of features, ensuring security, speed, and scalability of the platform, we realised that the client and their previous out-sourced team had completely missed the infrastructure and QA process. Which was an integral component to support the ongoing growth of their platform.

Without it, version 1 would have looked and performed very well, but once the data started to scale past a certain point.. they would have a buggy system that would be difficult to manage and diagnose if things went wrong.

Most clients aren’t aware that having multiple servers for work-in-progress integrations, prior to committing to the final live version, allows you to catch a number of bugs. Most often, these bugs happen when you integrate new features. Secondly, it’s important to deploy a well-established, automated set of tests across multiple layers of the application architecture – unit tests, functional testing, and visual testing/experience tests. Through that testing process, there is a safe environment to play around in so that a pixel-perfect and bug-free version is delivered prior to pushing to a live environment.

The client trusted us so much that he brought us along to pitch the technical aspects and budget to their potential investors. In the end, we helped our client secure the investment required for the next 3 versions of the platform.

Creative Stack not only won the business through a professional, meticulous project proposal but also built the entire Quixel platform. This is a staggering achievement of complexity on a massive scale.

Nothing we were developing had been done before, so our developers couldn’t refer to any blogs or established literature to solve problems. Everything had to be solved on the fly, and nothing could slip due to contractual agreements with upcoming clients.

The IOC alone delivered 1,000’s of hours of broadcast content from the 2012 London Olympics to over 150 broadcasters around the world through their Quixel platform.

The Overall Outcome Of The Partnership.

From what started as a mere on-site technical “second opinion” support gig progressed to a team of 6 who designed the first version of that SaaS platform. Then, to a 3-year collaboration which ended with 15 dedicated people managing all the development needs of the platform. These included end client-facing Project Managers and Senior Technical Resources, a dedicated Q&A team and 10 developers/software engineers, as well as an outsourced Technology Director.

We achieved a patented technology that became the main value driver of our partner’s I.P. (Intellectual Property) which was eventually sold to Youtube.

Are you ready to grow your business and extend your service offering with a strategic technology partner?

The technology that Creative Stack built is currently used by YouTube for its enterprise customers. I don’t believe there could be a higher recommendation for a development company – they are innovative, creative and deliver quality.

I have recommended Creative Stack to many friends and colleagues in the UK & beyond.

All of them have come back with the same positive reports.

If you would like any further or specific information, please contact my office anytime. I personally wish Creative Stack all the best for the future and would be charmed to help in any way I can.

It’s the least I can do for many years of hard, distinguished and exceptional work.

Currently the Founder and CEO of Meta Data Systems.

Want to know our secrets? Here’s 12 of them. 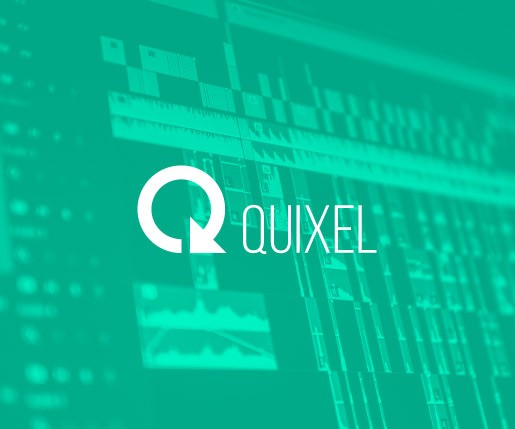